Obstructive sleep apnea (OSA) is defined as a repetitive reduction or cessation of breathing during sleep due to narrowing or obstruction of the upper airway (Paul & Hays, Jr., 2018).

OSA is thought to be caused by relaxation of the oropharynx muscles during sleep in people with increased tissue thickness of the structures of the tongue and soft tissues in the pharyngeal cavity, which decreases air passage to or obstructs the trachea (Glass & Hall, 2017). Other causes of OSA include upper airway muscular weakness, stroke, and metabolic disorders (Paul & Hays, Jr., 2018). Diseases associated with the development of OSA include hypothyroidism and acromegaly (Paul & Hays, Jr., 2018).

Patient’s with OSA typically present with the following symptoms: daytime sleepiness; fatigue; and may have been told or awaken due to loud snoring, gasping for air, or snorting during sleep (Glass & Hall, 2017). 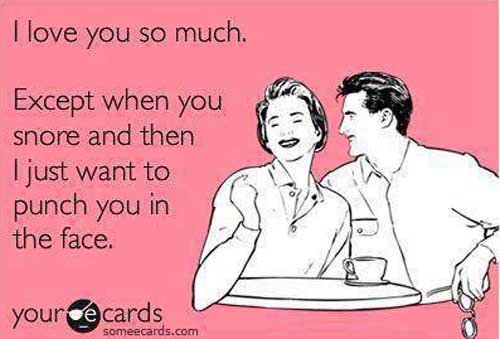 Daytime somnolence, hypersomnolence and excessive snoring are the main signs suggesting OSA. Also, there are two common assessments that can be done to measure the degree of sleepiness; they are the Stanford Sleepiness Score (SSS) and Epworth Sleepiness Scale (ESS). According to the SSS, a score under 3 indicates the presence a serious sleep deficit and as for the ESS, a total score of 10 is out of the norm. Out of all the tests, a sleep study such as an overnight polysomnogram is the definite test to diagnose sleep apnea.

During the patient interview it is important to ask the patient if they experience any of the above signs and symptoms (Shipley, 2017). The Epworth Sleepiness Scale (ESS) questions could be used to determine the severity of the patient’s daytime sleepiness (Paul & Hays, Jr., 2018). The patient should also be asked about job performance, weight gain, and family history of OSA (Paul & Hays, Jr., 2018). Also, ask the patient about their alcohol consumption and what medications they are currently taking, including illicit drugs, OTC medications, and herbal supplements (Glass & Hall, 2017). It is important to remember that the signs and symptoms of OSA can be present for years (Shipley, 2017).

Obtain the patient’s vital signs, including height and weight to calculate BMI, and waist measurement; auscultate heart and lungs; palpate thyroid gland; assess mental status for confusion (Shipley, 2017). Inspect the oropharynx for the following: peritonsillar narrowing or hypertrophy; tongue for macroglossia; elongated or enlarged uvula; and palate for narrowness or high arch (Shipley, 2017). Inspect the nasal cavity for septal deviation and nasal polyps (Shipley, 2017). Inspect for signs of pulmonary hypertension or cor pulmonale by assessing for jugular venous distention and peripheral edema (Shipley, 2017). Except for findings of obesity, HTN, and enlarged neck circumference the physical exam findings are typically normal in patients with OSA (Paul & Hays, Jr., 2018).

The gold standard for diagnosing OSA is the nocturnal polysomnography (PSG), “which should be performed during the patient’s typical sleeping hours; it should include all stages of sleep as well as sleep in the supine position” (Shipley, 2017, p. 1189). The apnea-hypopnea index (AHI) is used to determine the severity of a patient’s OSA (Shipley, 2017). In adults, mild OSA is diagnosed if the patient has symptoms and the number of respiratory events they have per hour equals 5 to 15; moderate OSA, regardless if symptoms are present or not, equals 15 to 30 respiratory events per hour; severe OSA is diagnosed if more than 30 respiratory events per hour are recorded during the PSG (Shipley, 2017).

Close follow-up after starting the use of continuous positive airway pressure (CPAP) is recommended to identify problems complicating and preventing its use. Children who are prescribed CPAP, particularly younger children and infants, need to be restudied frequently, as changes in body weight, muscle tone, airway size and compliance, and adenotonsillar size may either increase the pressure requirements or decrease them, possibly to the point of eliminating entirely the need for CPAP. Likewise, a low threshold for restudying children at risk for OSA such as with low muscle tone, craniofacial abnormalities, and chromosomal disorders should be maintained (Epocrates, 2017).

This site uses Akismet to reduce spam. Learn how your comment data is processed.